Oštarija Rudolfswerth was named after Rudolph IV, Duke of Austria, who founded the town of Novo mesto on April 7th 1365 in Vienna by virtue of a special founding charter. The history of Novo mesto is intertwined through the ambience and the menu, going all the way back to the Hallstatt period and onwards to the old taverns of Novo mesto. The walls of the restaurant are decorated with the photographs of archaeological findings from the Chapter House field ("Kapiteljska njiva"), old postcards from Novo mesto and the portrait of Rudolph IV, which was painted in Sokolski dom. The fish in the 600 litre aquarium share their space with the replicas of the excavated vessels used by our ancestors in the area of Novo mesto over 2,000 years ago.

These Hallstatt period replicas are also displayed outside the aquarium. We take special pride in the kantharos, which was unearthed near Oštarija. We have another vessel that was once used to hold wine; it is now used as a salt cellar in our restaurant. Our porcini mushroom soup with buckwheat bread, baked in a baker's oven, is also served in a clay situla.

The menu is printed on hand-made paper containing cotton and wild flowers from the mown grassland of Gorjanci. It has been translated into English, French and German.

We offer lunches served before noon, business and student lunches, pizzas and dishes au gratin from the baker's oven, custom dishes prepared according to modern culinary guidelines, a selection of more than 40 Slovenian wines, a catering service at selected locations and a meal delivery service for subscribed companies.

The combination of contemporary culinary creations and the inclusion of local and seasonal specialities is certainly reason enough to pay a visit to Oštarija Rudolfswerth. 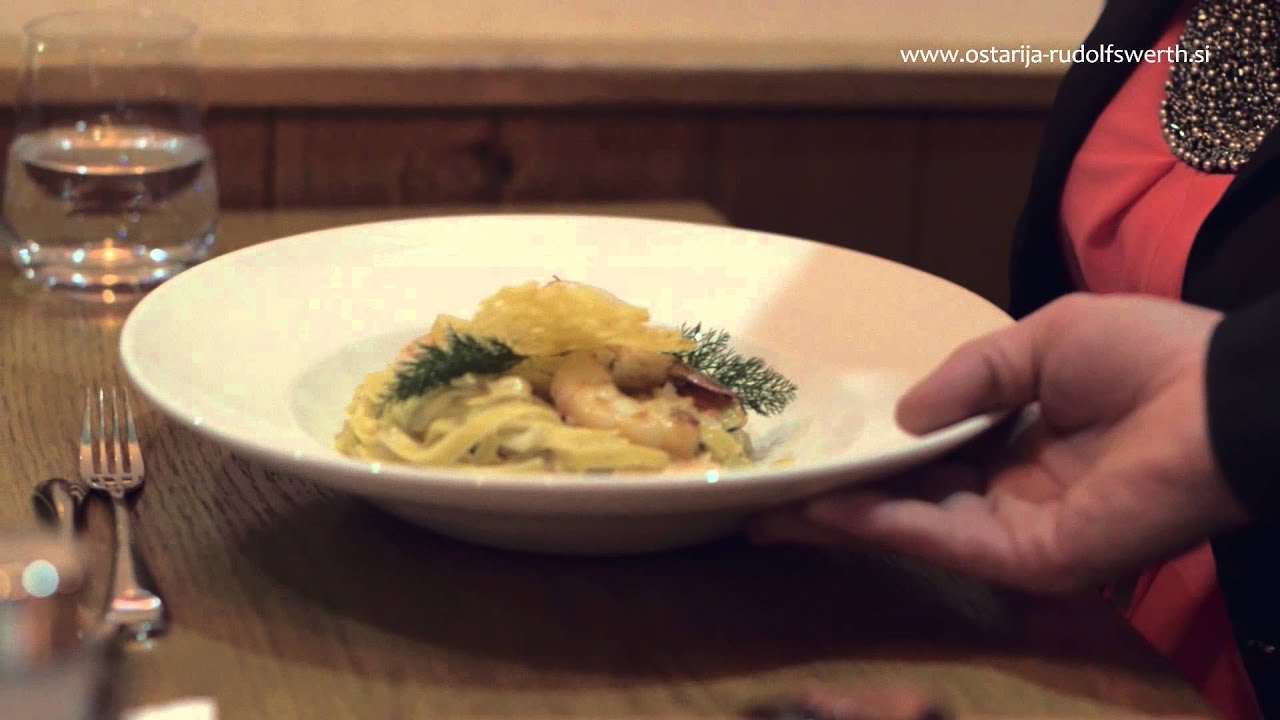